1) Say, you have a multi-Character dialogue session: 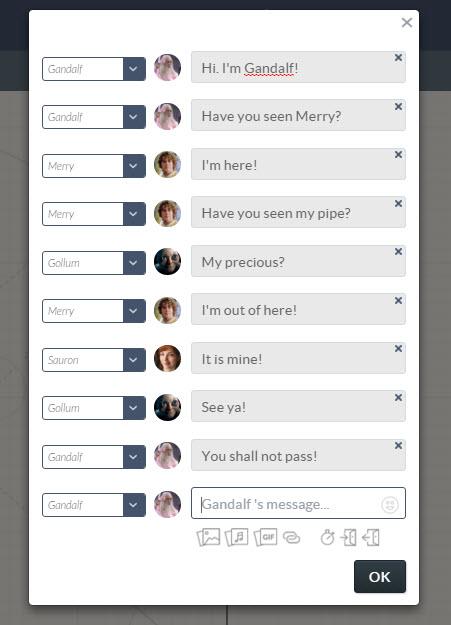 Note: the App automatically displays a "<Character> has joined" the first time each Character appears.

3) Now you can control who appears to "join" and "leave" a conversation.

E.g.: Click on the Character you want to have leave the conversation: 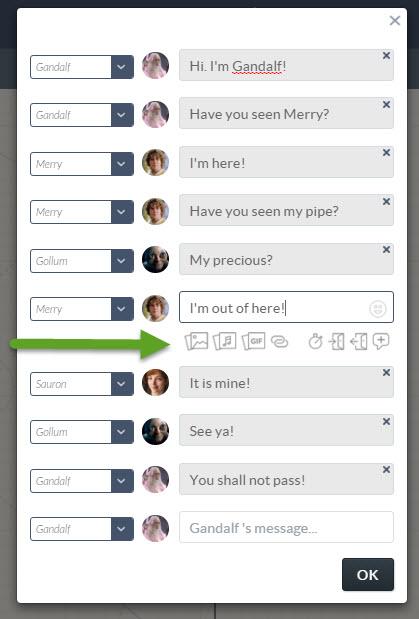 4) The Text Toolbar appears under the Character. Click on the "Character Leaves" icon. 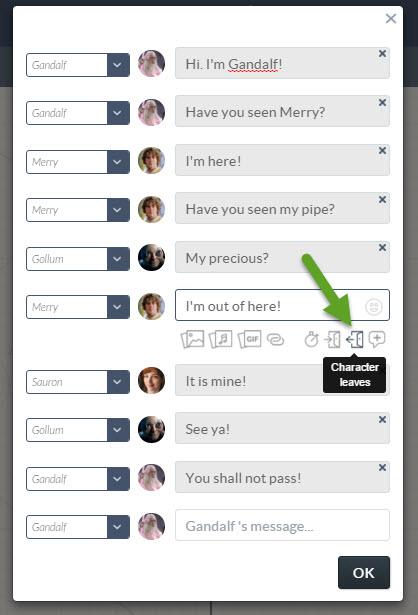 5) A new line will appear under the Character that says "<Character> left the stream." 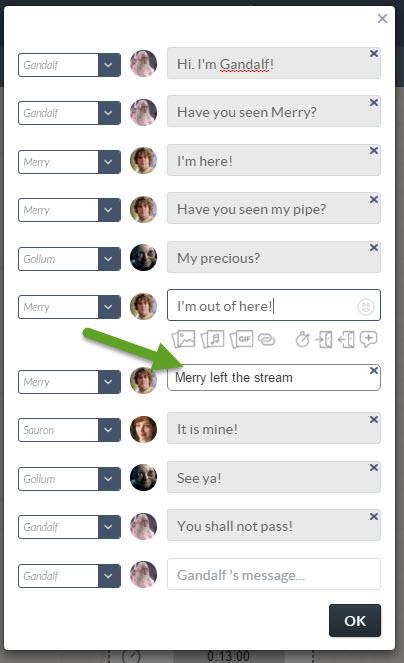 Here's how it would look in the App:

So, if I want multiple Characters to join or leave during the conversation, I just designate them to do so. 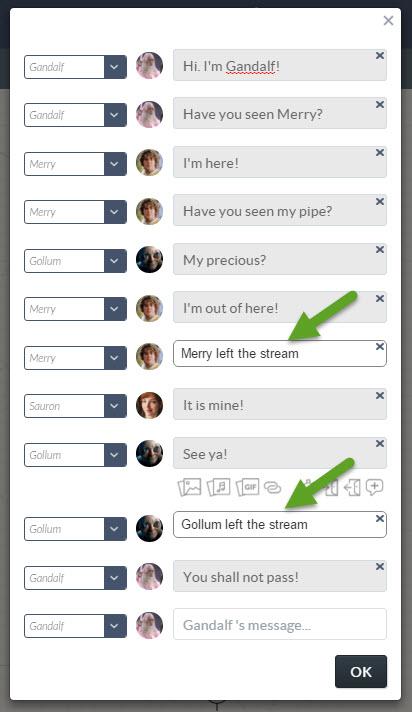