How do I use the INPUT NODE feature?

You can have the reader input stuff to be used as a part of your story. Here's how:

1) Let's start with a typical message node and add an INPUT NODE under it. Click on the X-icon, then click on the MORE icon: 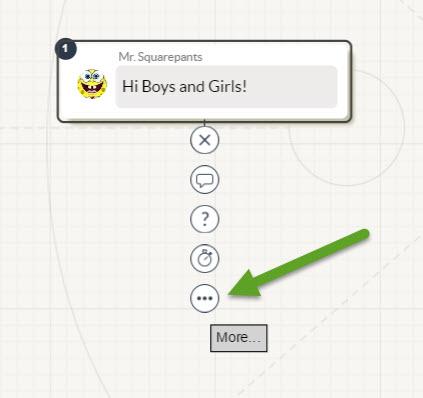 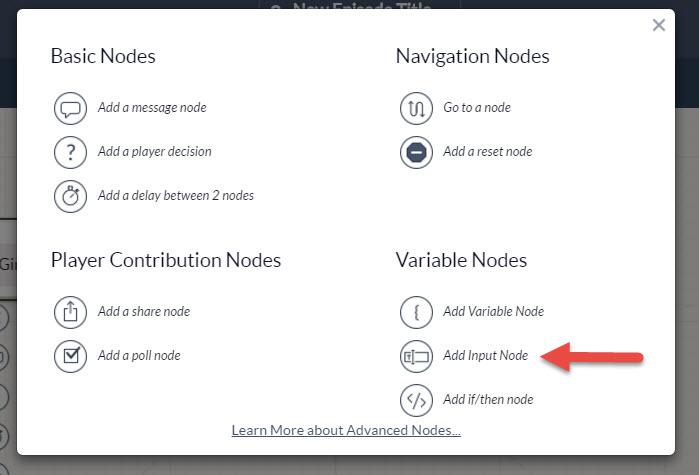 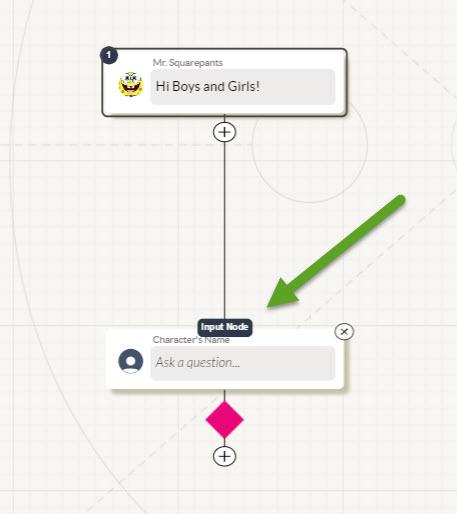 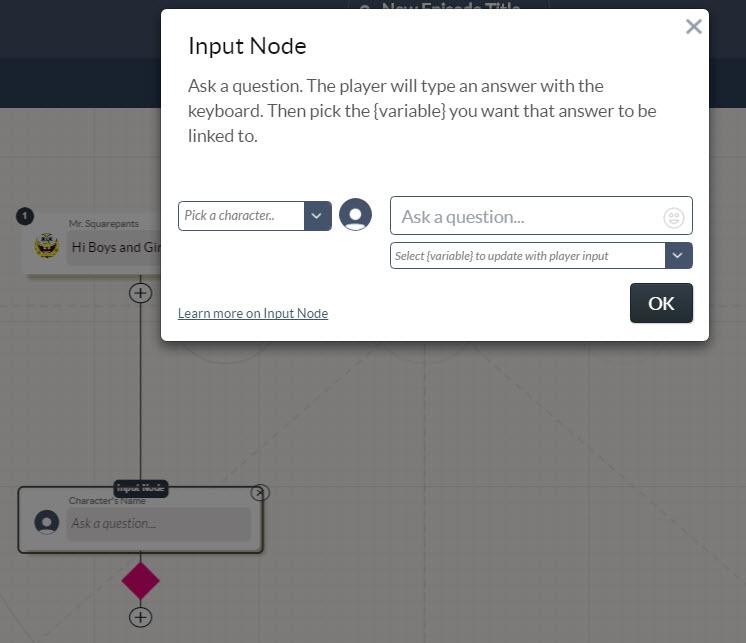 5) Choose the Character talking and enter a question. In this example, I want to know the reader's name. 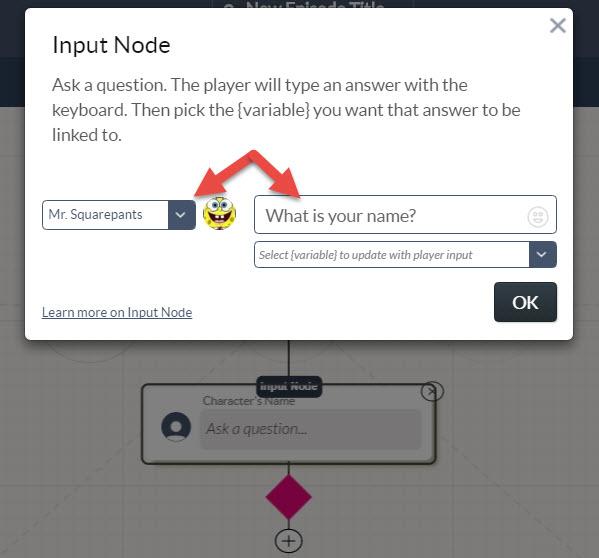 6) Select the small box below the question to give your query a Variable label: 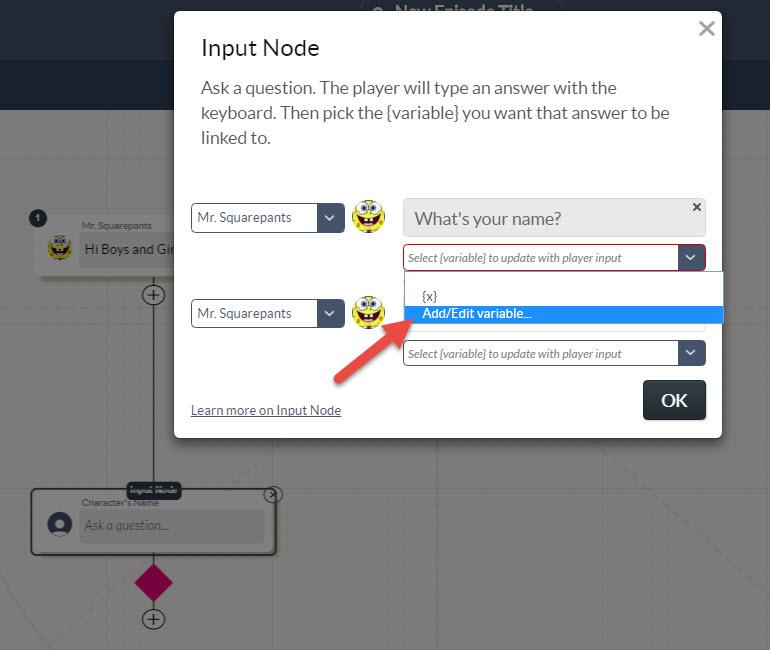 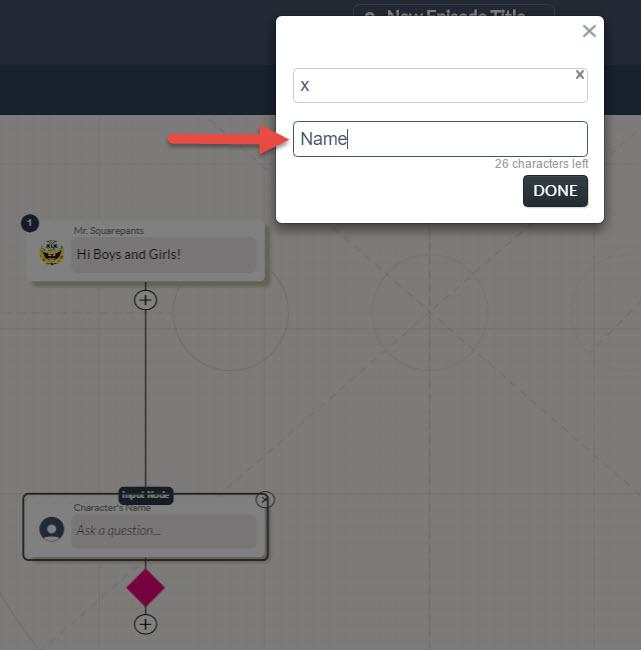 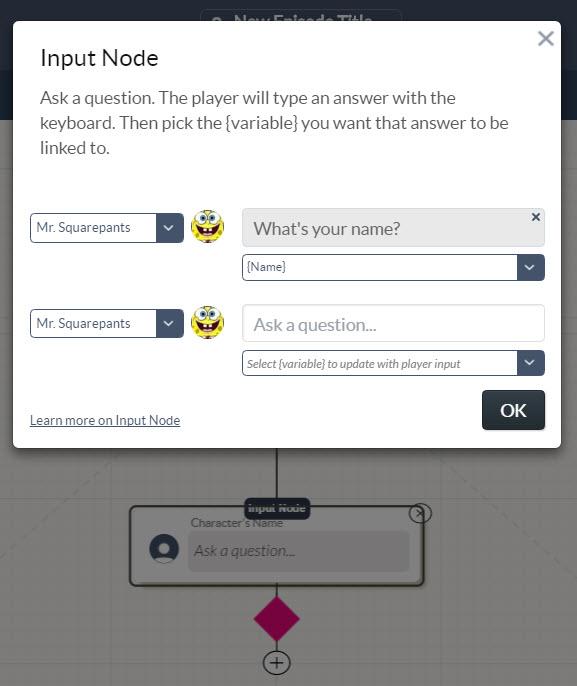 9) Add another Message Node below the Input Node. Double-click to open the new Message node: 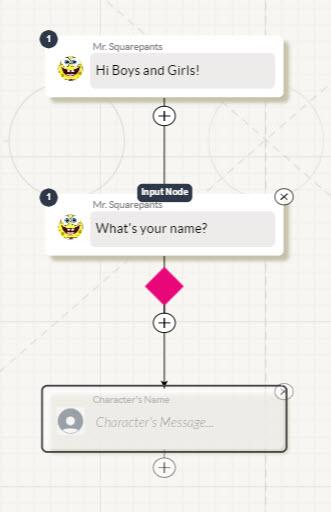 10) Here I'll actually use the input that the reader gave me. To use the Variable, just type the variable name inside curly-brackets: 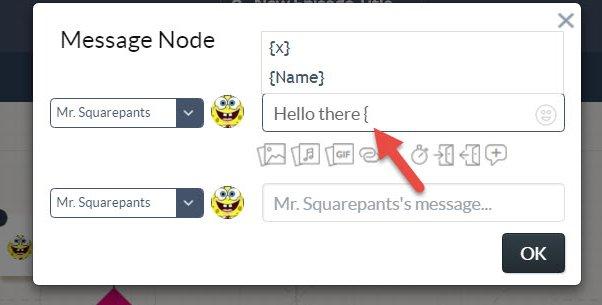 11) Here's the Simulator asking the reader for their name: 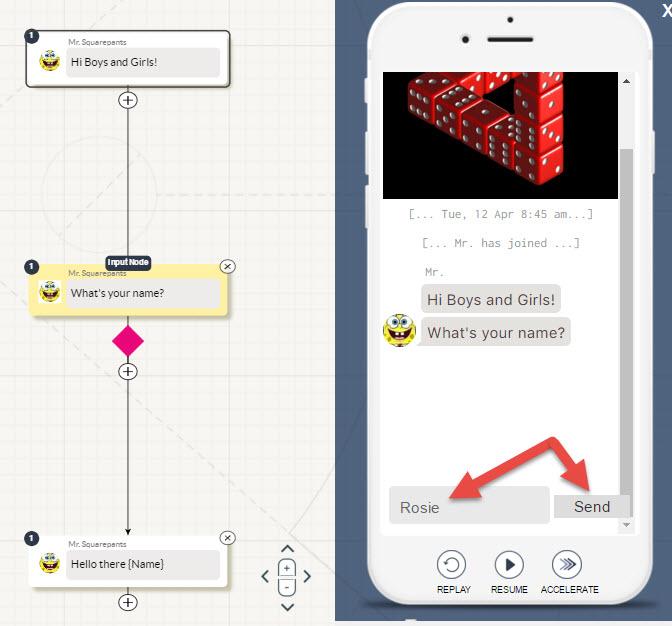 12) And here's your story actually using your reader's name! 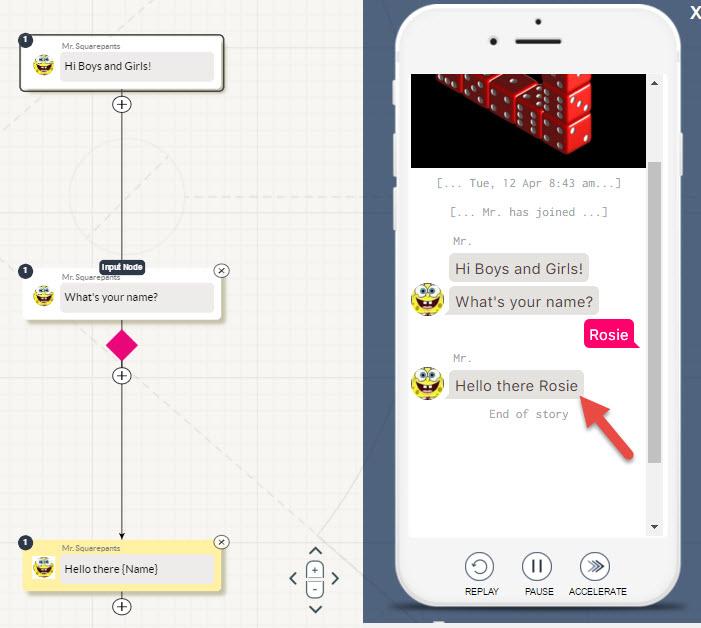