How do I use the GOTO NODE feature?

The GOTO Node will allow you to direct your reader across your tree from one node to a another node. You might use this if you want allow your reader to change their mind during the story, or to go to a "common" branch that is used repeatedly from multiple parts of your story (e.g.: a common happy-ever-after story ending.)

(Unlike the Reset Node, the destination node of a GOTO Node does not have to be up and back along the same branch as the origin node. The RESET node is an "earlier" version of the GOTO node.") 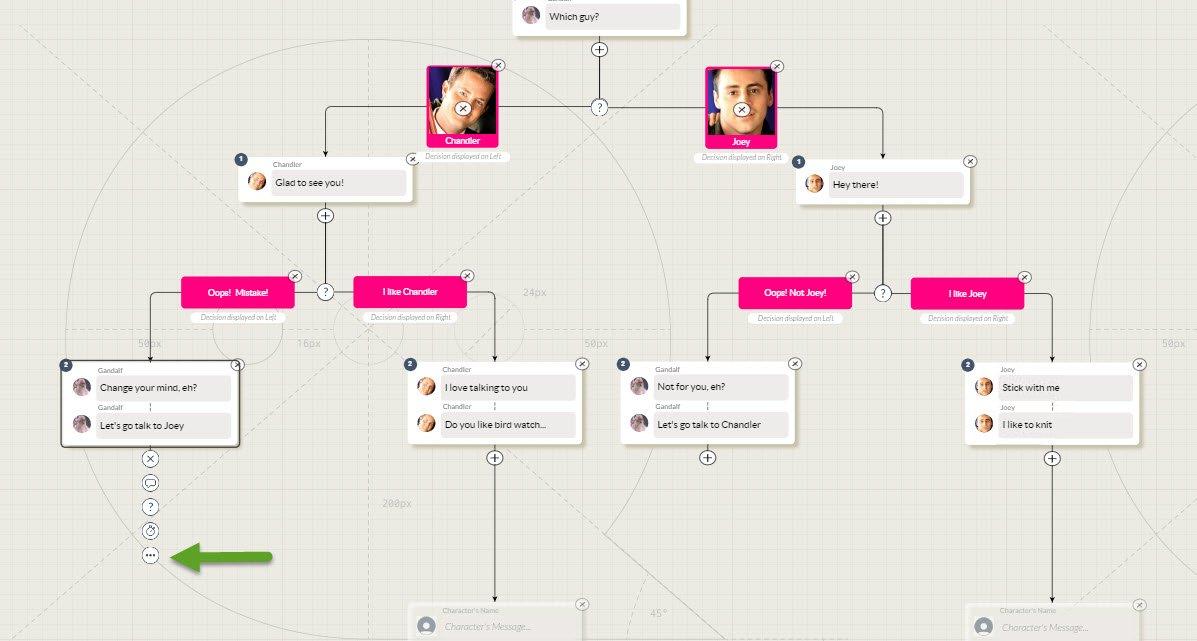 The Advanced Node menu will open. Click on GOTO a Node: 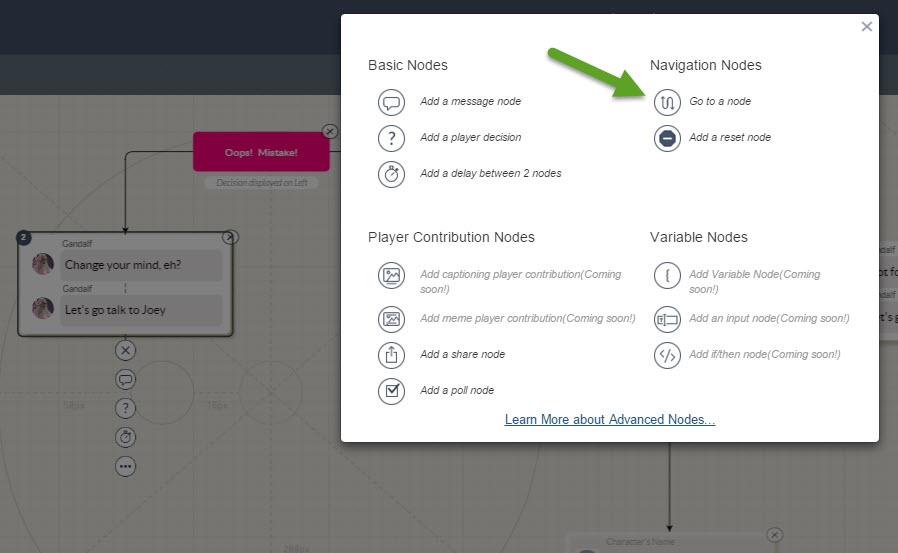 A new GOTO Node will be added with an arrow attached to it.

Drag the arrow to your destination node. (You can "bump" the screen edges to scroll the page in a direction:

Release the mouse button, and the GOTO path will be created!

Here's an example of how a tree might play out in the Simulator. In this case, the player can opt out of the "Chandler" side of the story and move over to start up a conversation with "Joey."