How do I split an existing conversation node into two separate ones?

You can split a conversation node into two separate nodes by using the Split Node feature.

1. Say you have a node (probably a really long one with lots of text lines) that you want to break into smaller pieces. (Why would you? Maybe you want to add User Choice buttons in-between, separate the Characters, or want to restructure the Tree.) 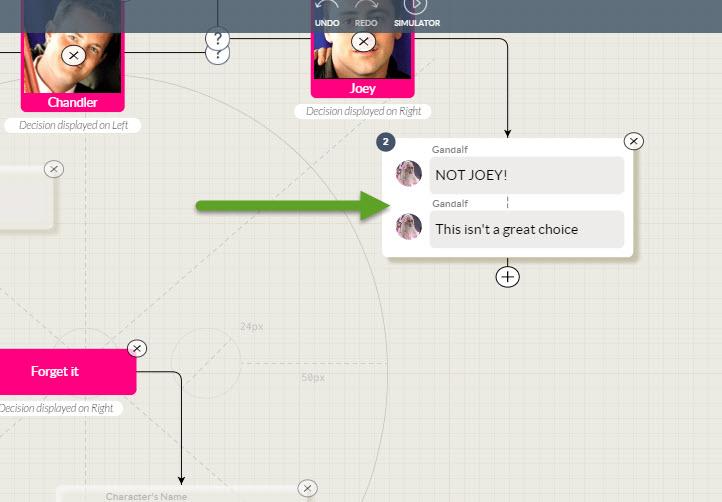 2. Open the node as usual. In this example, I want to break this single node into two different nodes right in-between the two text lines. 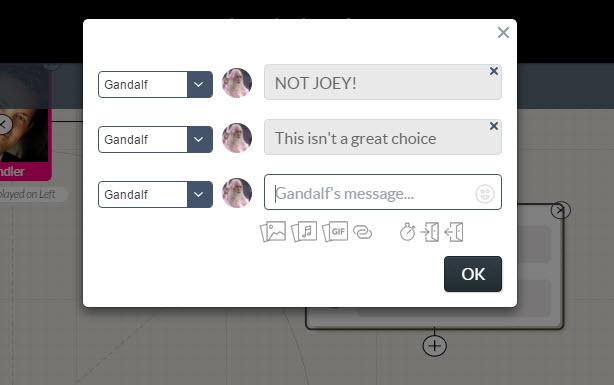 3. Select the text line above the location where you want the break. You'll see a "scissors" icon. 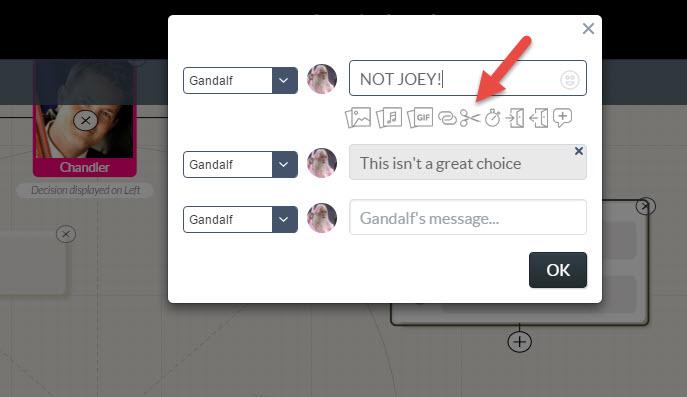 4. Click on the "scissors" icon and you'll get a Confirmation pop-up. 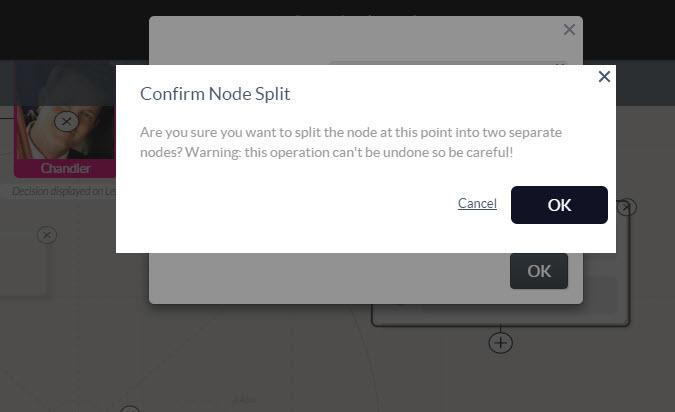 5. Click on the OK and the old single node will be split into two new ones! 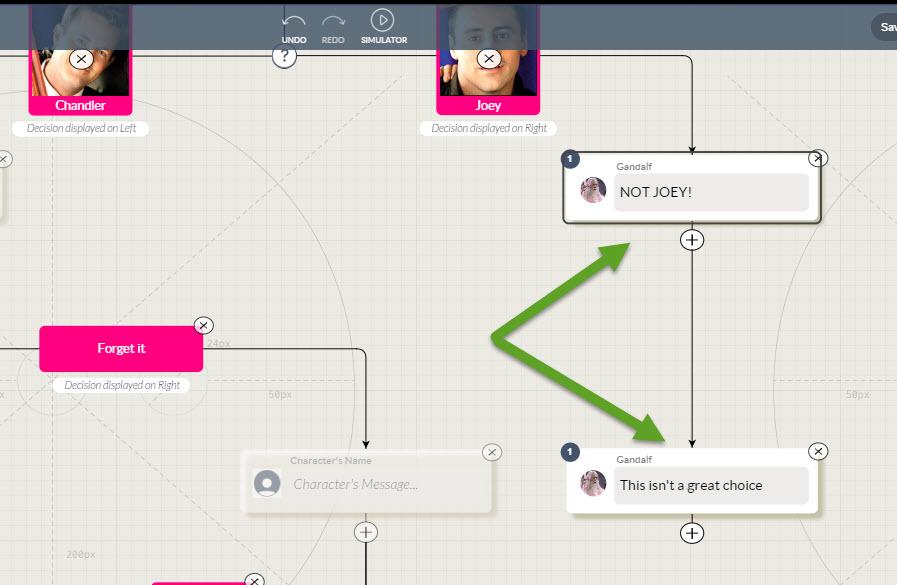