How do I use the POLL NODE feature?

The POLL Node will allow you to create a simple voting poll. You choose two things to be voted on. Each thing can be an image and/or text. The reader casts their vote for one thing or the other, and then the larger community results are displayed. (The reader can also choose to share the Poll results with friends.) 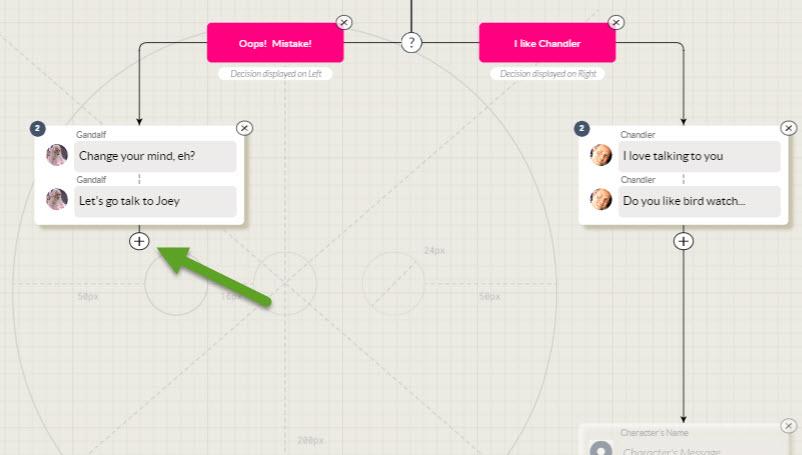 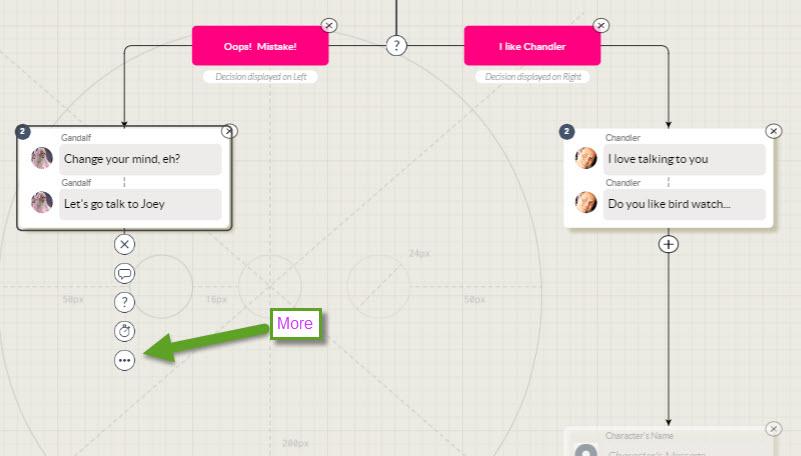 The Advanced Node menu will open. Click on Add a POLL Node: 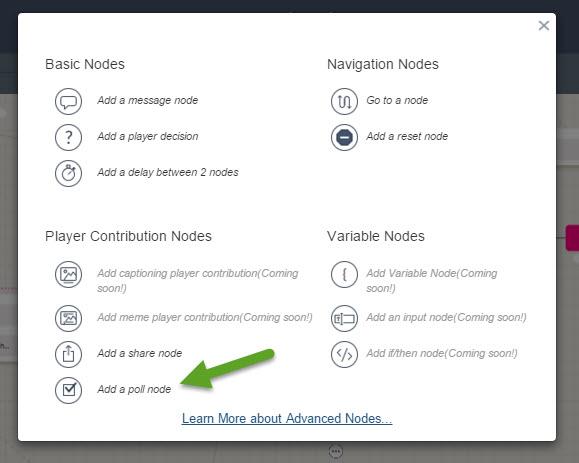 A new Poll Node will be added to the tree. Double click on the Poll node to open it: 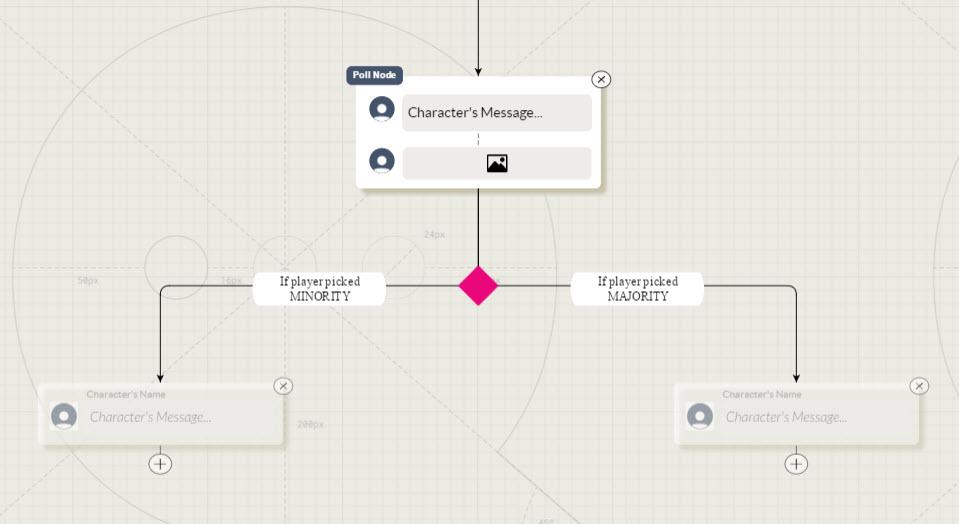 Here's where you can create your own Poll: 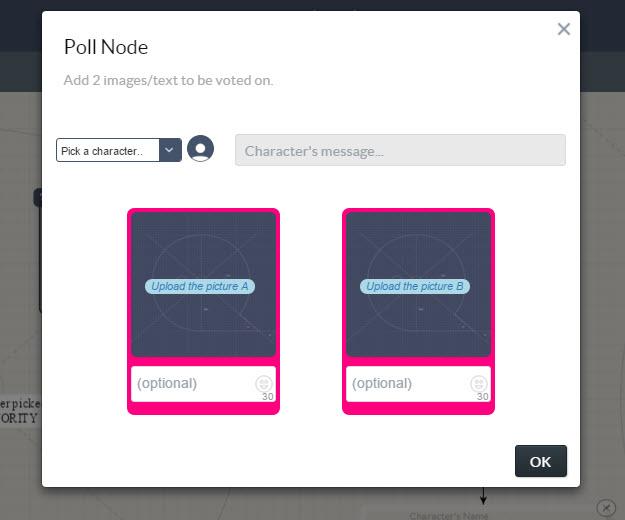 Add a Character and the question text: 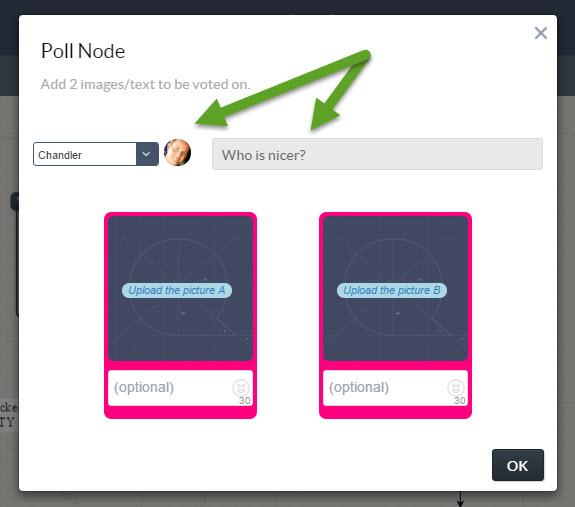 Add your images and associated text: 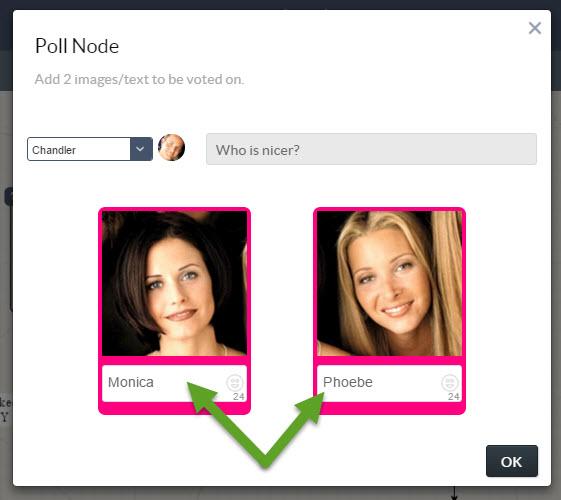 When the Poll is live, the votes are collected and calculated:

- Deleting a Poll Node is a multi-step process. First you must delete the Poll Node "overlay" and then delete the normal User Choice nodes "underneath."

- Simply swapping out a Poll's image or text will not change that Poll's current % numbers.

- In order to completely "reset" a particular Poll's current % numbers, you need to delete the existing Poll and remake a new Poll in it's place.