How can I exchange the position of two nodes?

Let's say you've written a bunch of stuff and now you want to swap the places of two pre-existing nodes.

In this example, I want to exchange the places of these two nodes. But I really don't want to go in and cut-and-paste every single line over. 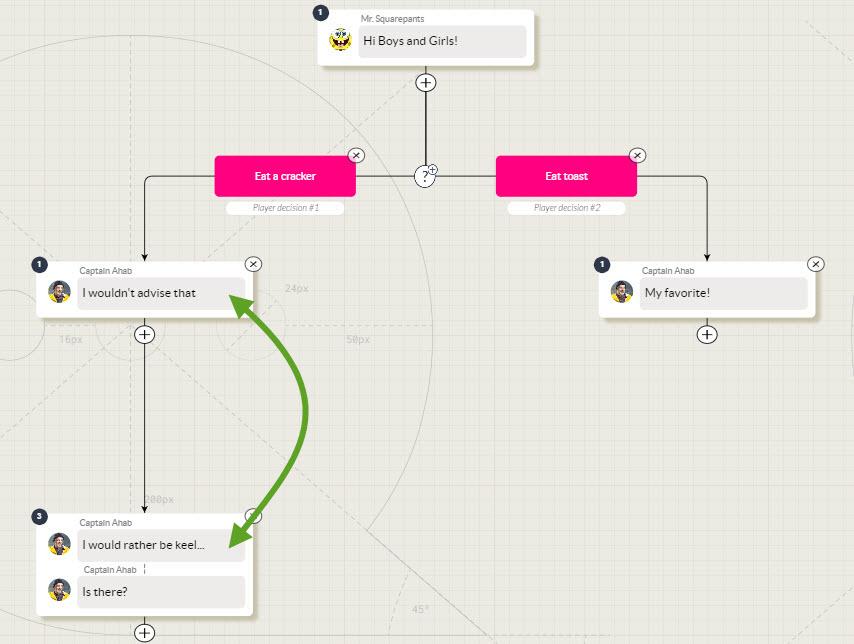 I could try deleting the upper node (and have the lower node slide up) but it's linked to a User Choice. Bah! 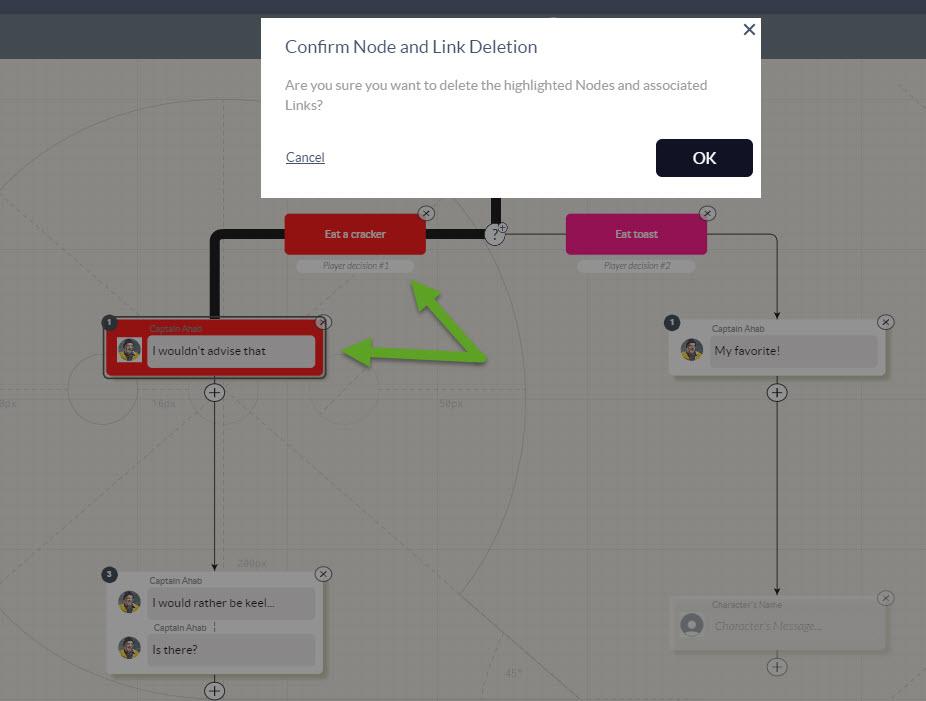 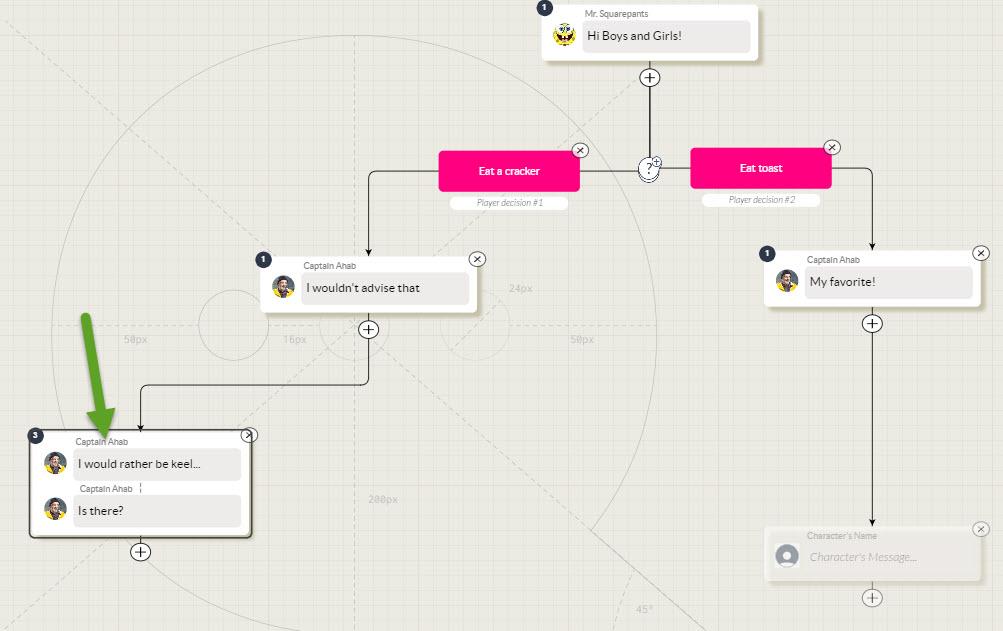 2) Move the lower node up to the LINK Line above the upper node. The line will highlight when your mouse is over it: 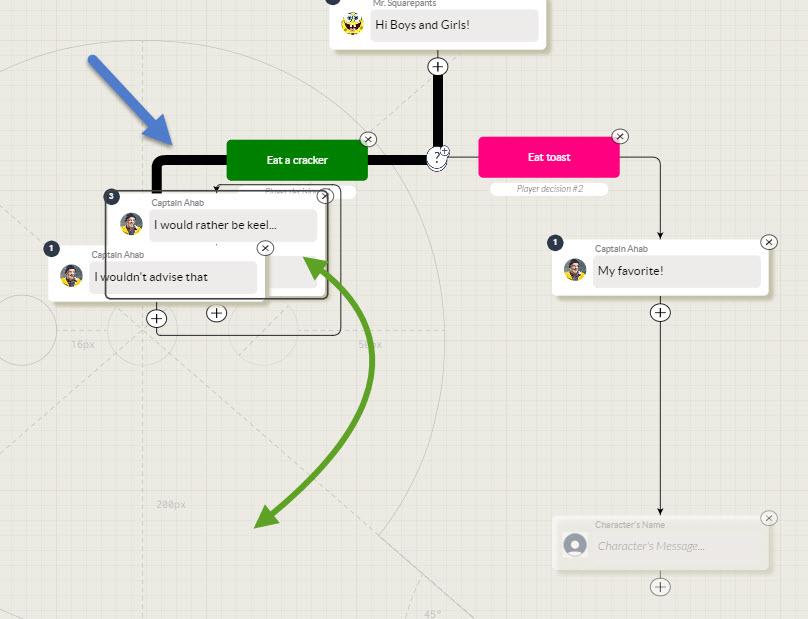 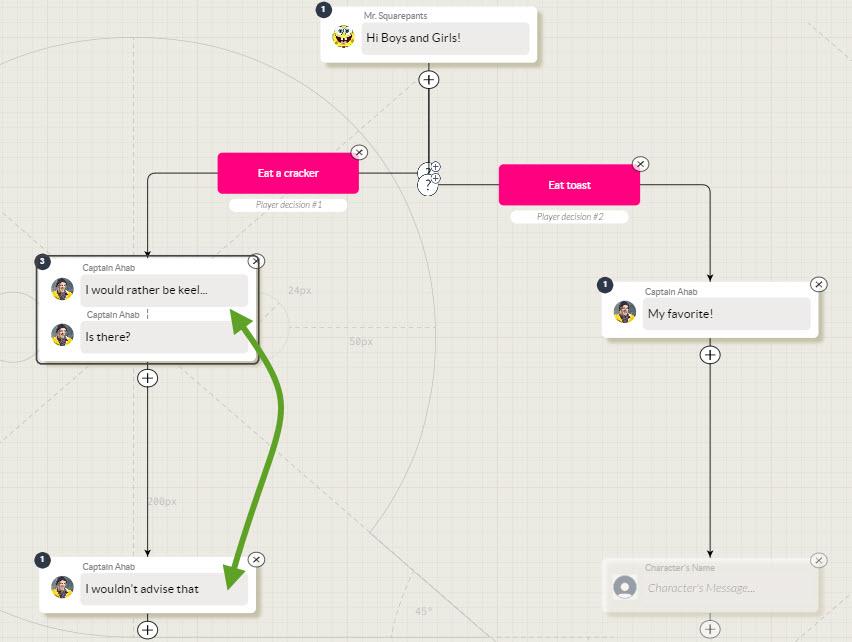