How do I use the VARIABLE NODE feature?

The dictionary says a Variable is a characteristic, number, or quantity that increases or decreases over time, or takes different values in different situations. (Ugh. Math terms make my head swim. Stick with me. It's not that difficult at all.)

Variable nodes can be quite useful to make your story more customized to your reader's choices. Your story can appear "smarter" and more interactive. (They can also help to keep your tree structure better under control.)

Let's do a quick example. Say, I want Harry to learn a special spell. He can ask Dumbledore or Snape for help. They each have their own spell for Harry, but Harry can't learn both of them. Much later on in his adventure, I'm going to have Harry use that one special spell. 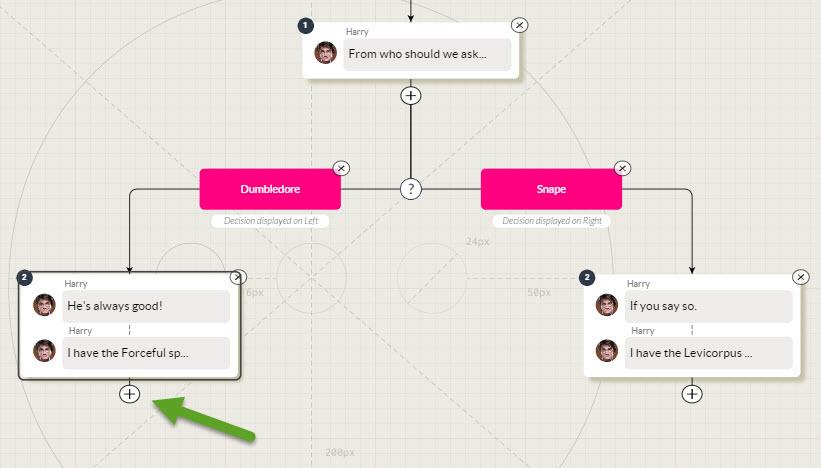 2. Click on the [MORE} button to open the Advanced Nodes pop-up: 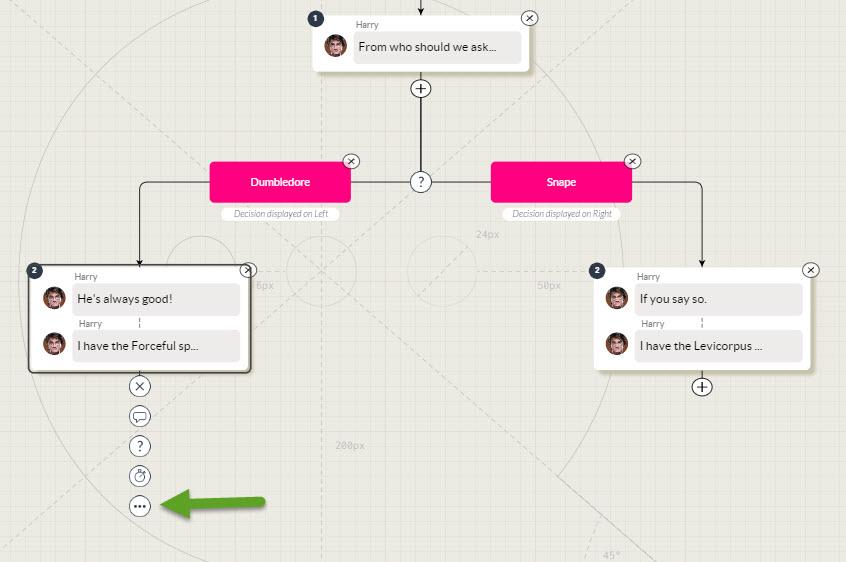 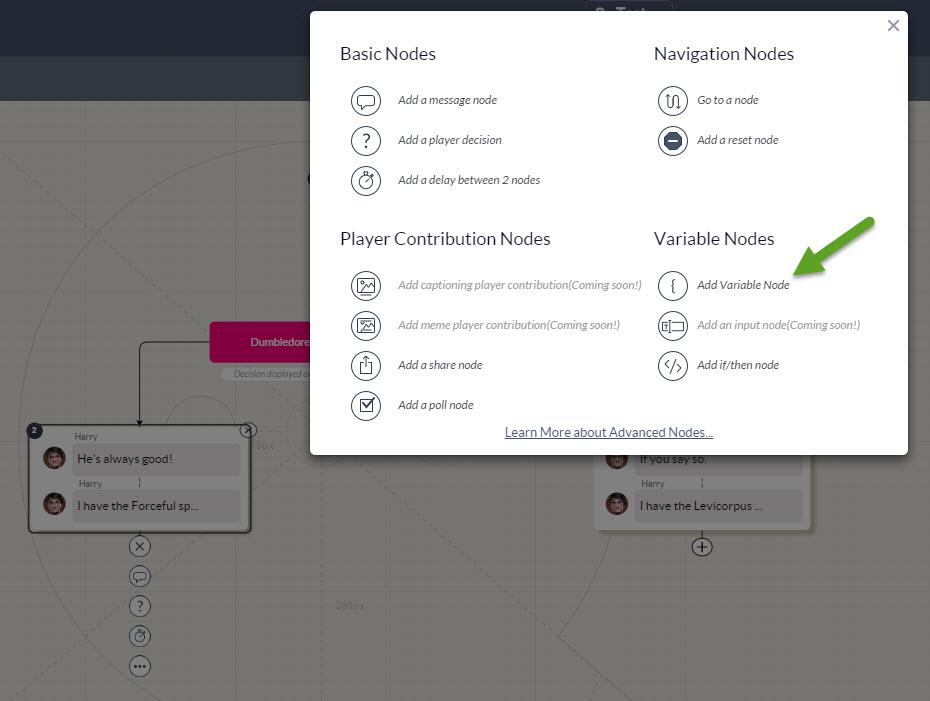 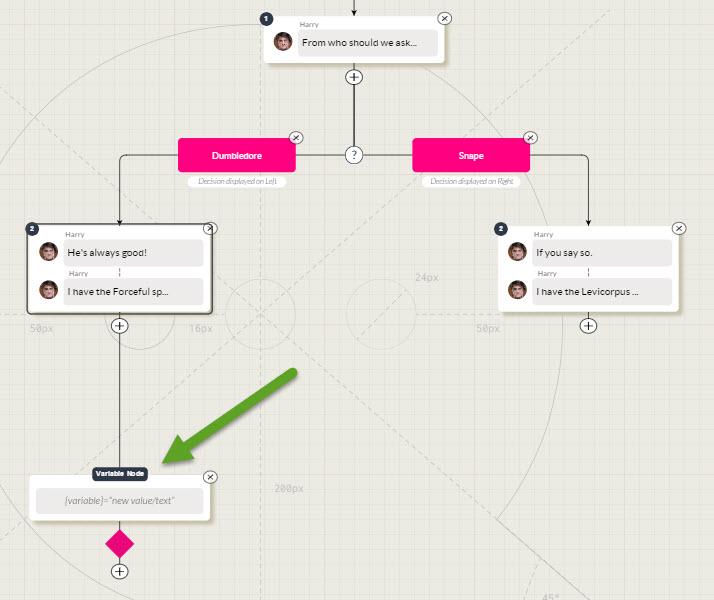 5. Here's where you'll type in a Variable Label (i.e.: a name of some sorts). It can be the name of a category of things (animals, colors, countries, Civil War generals, etc.) or it can simply be an "X" or "Y"-label. Click on the label box... 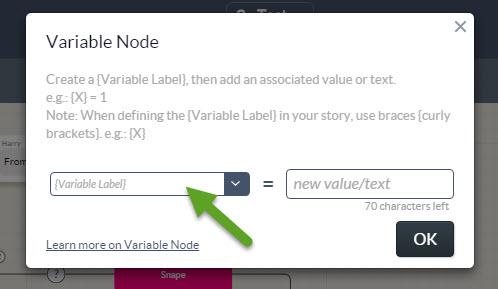 6. Here's where you add the label name: 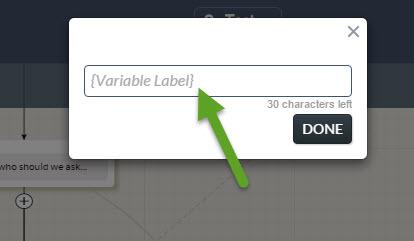 In this example, I'm using the Variable label: "spell" When finished, click DONE. 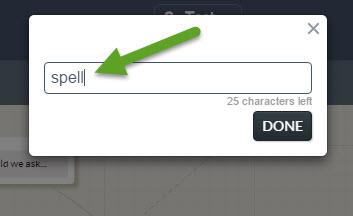 7. The value that is associated with the Variable Label (spell) can be text or a number. Let's add Dumbledore's "Forceful" spell... 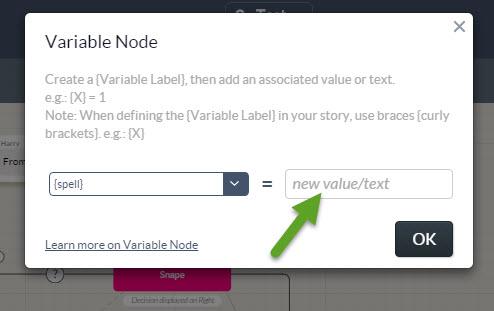 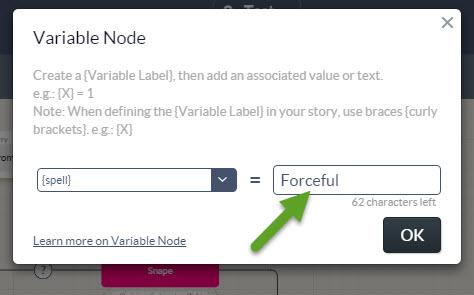 8. So, if the reader chooses Dumbledore, they go down the Dumbledore branch and the Variable {spell} is set to "Forceful" 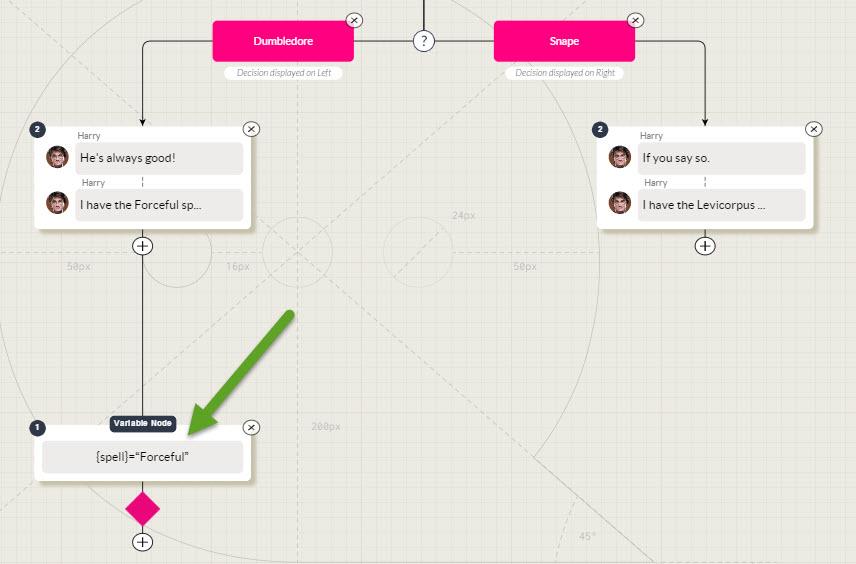 9. Do the similar thing for the Snape side. Create another Variable node, but this time, select the {spell} Variable label (that you created previously.) 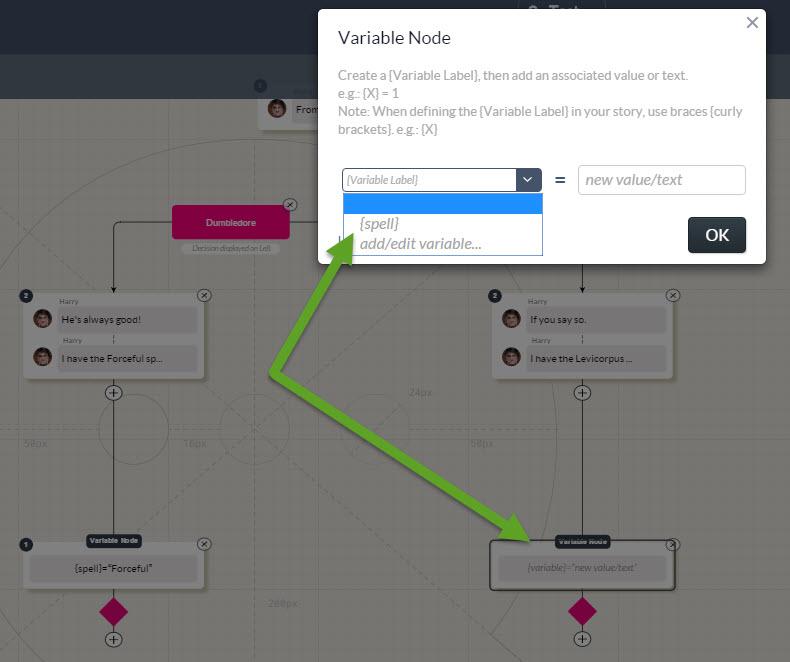 10. On the Snape side, we'll use Snape's spell called "Levicorpus." 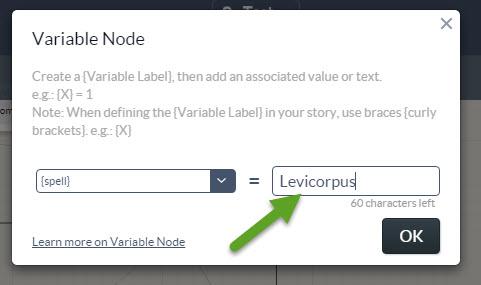 11. In this example, let's assume that Harry goes off adventuring for a bit. Later on, he wants to use the spell that he learned. You just need to type in the Variable label: {spell} 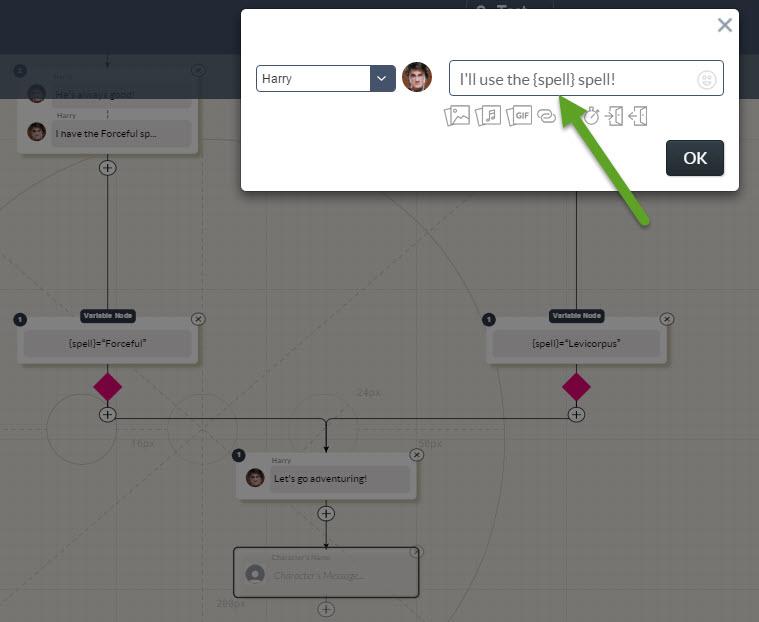 NOTE: When inserting a Variable Label into your story, you need to enclose the label name inside braces {curly brackets}. e.g.: {spell}, {X}, {vertebrates}...

12. Here's how the Dumbledore branch would appear: 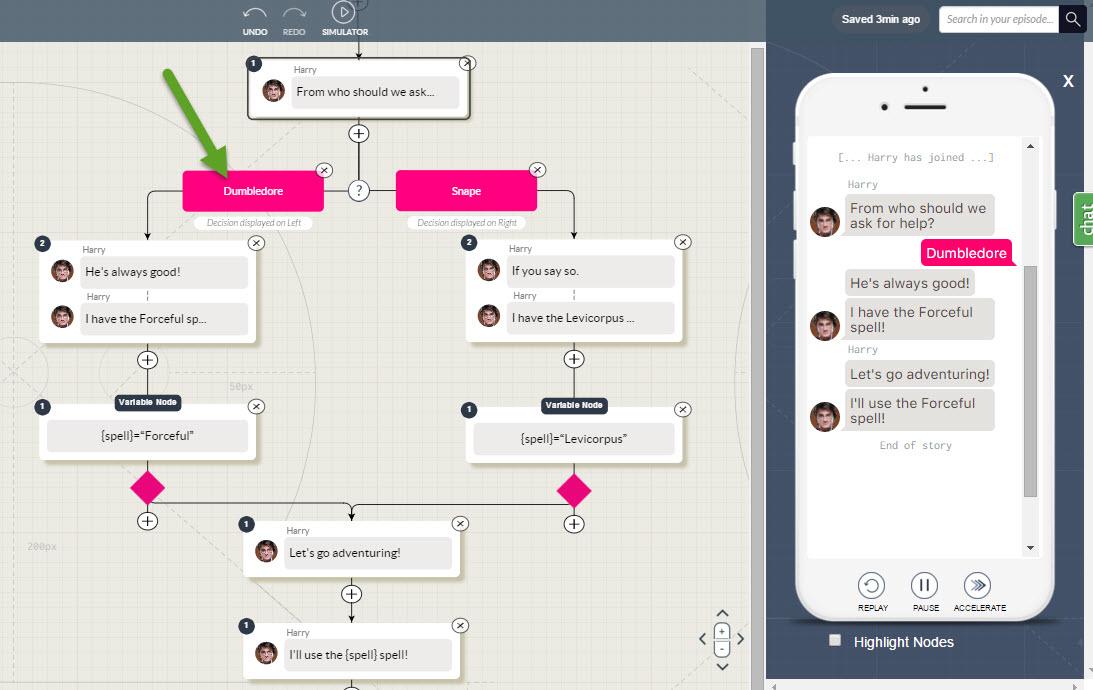 And here's how the Snape branch would appear: 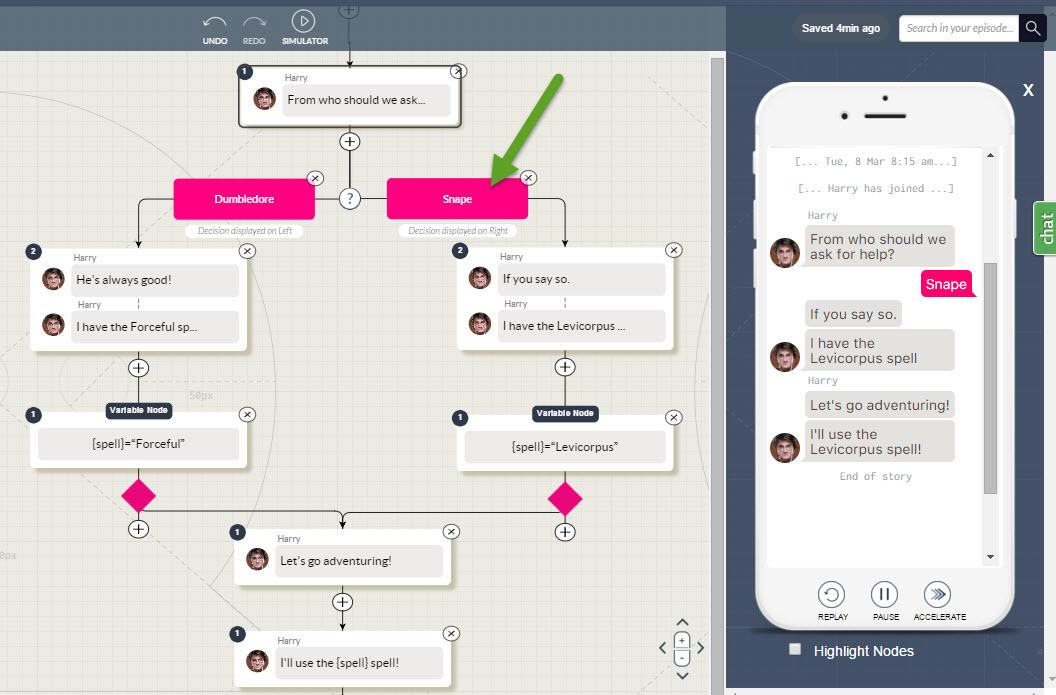 You can now use {spell} anywhere in your story, and it will remember which spell Harry has. At any point you can always create another Variable Node to change the value of {spell}.

Note: Remember that if you ever "kill" the player and reset them backwards in your story, you may need to reset any "used" Variables. All variable values will carry over from Episode-to-Episode (in the actual Message Apps, NOT in the Sequel Simulator.) They will also be remembered during play.

You can make a "reset" node by creating a Variable node at the start (of the target area) and setting the Variable to "0" or "null" or whatever.